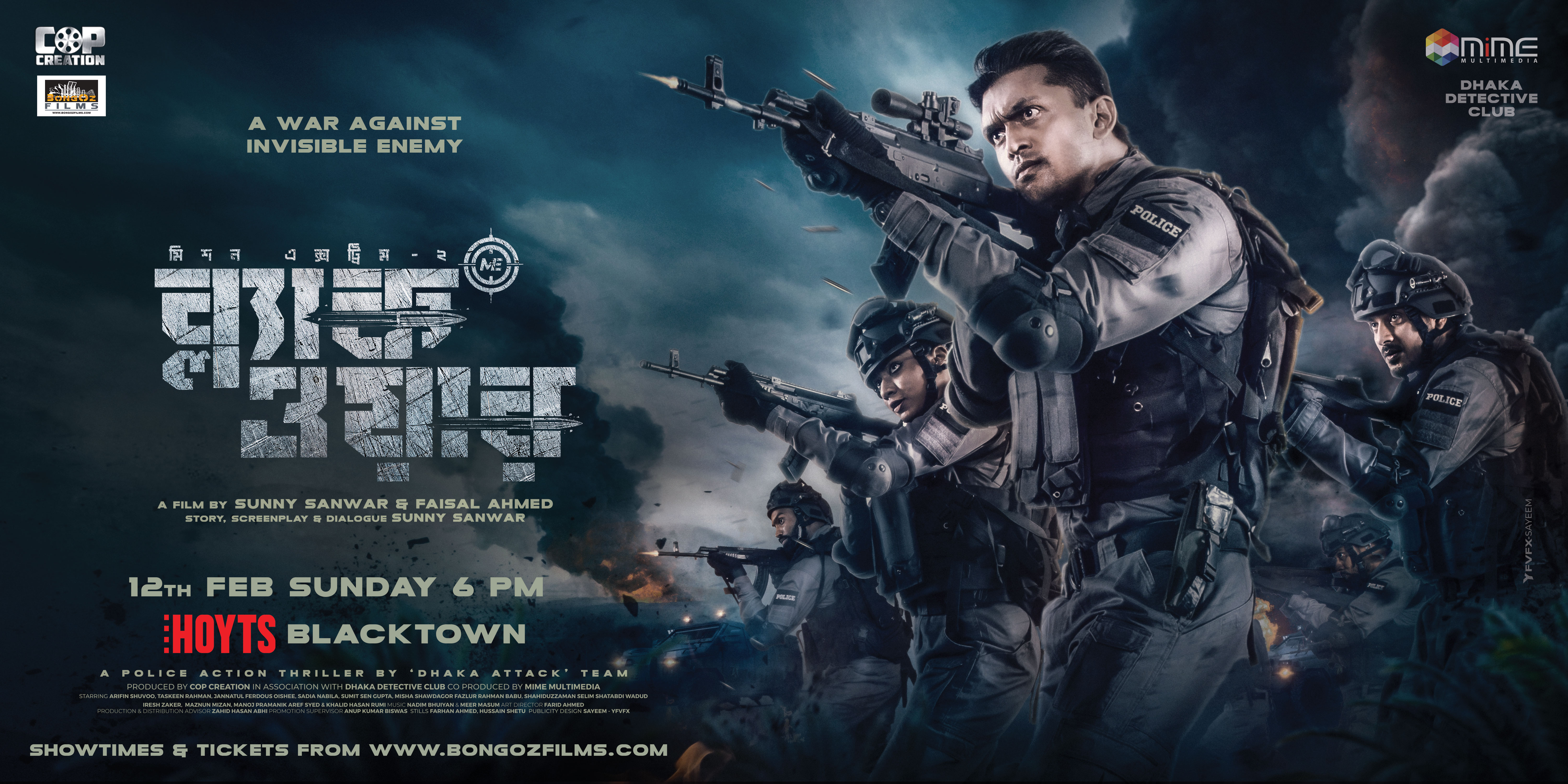 Black War is the sequel to the film Mission Extreme inspired by the true actions of Bangladesh Police fighting against growing terrorism and hate crimes. This is so far the smartest action-thriller ever made in Bangladesh.